An EU legal instrument concerning minimum wages would not only contravene the Treaty but would also – to achieve the aims set out by the Commission – need to be both detailed and complex with no guarantee that it would work in practice. It is time to abandon the idea.

Earlier this week, the EU Commission published a consultation on “a possible action addressing the challenges related to fair minimum wages.” Under Article 154 of the Treaty on the Functioning of the European Union (TFEU), such consultations with the social partners are compulsory before the Commission presents proposals related to the labour market.

The background is Commission President Ursula von der Leyen’s pledge to, within the first 100 days of her mandate, “propose a legal instrument to ensure that every worker in our Union has a fair minimum wage. This should allow for a decent living wherever they work.”

The idea of a European minimum wage is controversial, and for good reasons. Firstly, wages are explicitly exempted from the European Union’s legislative powers. Secondly, almost one fourth of the Member States lack statutory minimum wages, typically relying on autonomous trade unions and employers’ organisations to set wages. Thirdly, it is very doubtful whether there is any conceivable way to construct a European legal instrument regarding minimum wages that would fulfil the purpose to allow European workers “a decent living wherever they work”.

1. Wages are explicitly exempted from the European Union’s legislative powers
The article that grants the EU legislative powers in relation to the labour market, Article 153 TFEU states that these powers “shall not apply to pay, the right of association, the right to strike or the right to impose lock-outs”. Disregarding these limits to the powers of the EU would not only bring legal proceedings but also set a dangerous precedence for the future, giving the EU powers that in a different situation could be used against workers and trade unions. In a recent article in EUObserver, TCO President Therese Svanström developed this point.

In the consultation document, the Commission acknowledges that the powers of the EU are limited in this field:
In line with Articles 151 and 153(5) TFEU as well as the constant case-law of the European Court of Justice (ECJ), any possible EU action in the field of minimum wages would not seek to harmonise directly the level of minimum wages across the EU. It would also respect national traditions, social partners’ autonomy and the freedom of collective bargaining. It would not seek to establish a uniform mechanism to set minimum wage and would not establish the level of pay which falls within the contractual freedom of the social partners at a national level and within the relevant competence of Member States. Therefore minimum wages would continue to be set either through collective agreements or legal provisions, in full respect of national competencies and social partners’ contractual freedom. In particular, an EU action would not seek the introduction of a statutory minimum wage in countries with high coverage of collective bargaining and where wage setting is exclusively organised through it.

It would have made sense for the document to stop there. Unfortunately, it continues and in a subsequent section attempts to find precedence for EU action on minimum wages by recalling situations involving a variety of EU legal and other instruments often only indirectly related to wages. However, none of these examples can be interpreted as giving the EU the right to issue binding regulations on minimum wage levels in the Member States.

2. Almost one fourth of the Member States lack statutory minimum wages, typically relying on autonomous trade unions and employers’ organisations to set wages
The consultation document acknowledges the fact that six out of 28 Member States do not have statutory minimum wages. Further, in the comparisons of different countries systems for ensuring wage floors, the systems built on collective bargaining come out on top almost regardless of the parameter.

A part of Ursula von der Leyens pledge is that “minimum wages should be set according to national traditions, through collective agreements or legal provisions”. The responsible Commissioner, Nicholas Schmit has also repeatedly said that the intention is not to destroy existing well-functioning collective bargaining systems and in the passage quoted above, the Commissions talks about respecting national traditions, social partners’ autonomy and freedom of collective bargaining should be respected.

3. A European legal instrument regarding minimum wages that would fulfil the purpose to allow European workers “a decent living wherever they work” would have to be very detailed and complex.
Even if the EU had the powers to legislate on minimum wages, it would be extremely challenging, if not impossible, to draft meaningful and appropriate legislation regarding minimum wages at the European level. The consultation document clearly shows where a number of these challenges lie.

When explaining why minimum wages matter, the Commission makes several valid and important points. The situation of low wage workers has worsened in recent years and many have seen the purchasing power of their wages deteriorate. About one in six workers in the EU earns a low wage (less than 2/3 of the median wage) a share that has been rising.  Typically, people on non-standard forms of employment are particularly exposed to the risk of in-work poverty.

Furthermore, the Commission makes the arguments for why the lowest wages should not be too low. Higher minimum wages act as an incentive to work, which, it is argued, is a way of increasing e.g. female participation in the workforce. Higher minimum wages can, the Commission argues, also result in more workers remaining in sectors that currently experience a high degree of worker turnover which increases employers’ and employees’ incentives to invest in knowledge and productivity.

The Commission sees challenges both as regards wage adequacy and wage coverage. Minimum wages are considered adequate if they are “fair vis-à-vis the wage distribution in the country and if they provide a decent standard of living”. Given the latter in particular, wages cannot not be considered in isolation.

The intention has never been to establish a minimum wage set as a specific amount in euros that applies to all Member States. What is most commonly envisaged is instead a European minimum wage defined in terms of, for example, a given per cent of the median wage in the country. The level that is often quoted is 60 per cent of the median wage before tax for someone working fulltime, which is around the level used by, amongst others, Eurostat as a definition of a “low wage”.

This would however, be a rather crude measure. In the consultation document, the Commission describes the substantial differences that exist between Member States when it comes to taxes and social security contributions. Tax rates and the size of contributions, as well as differences in the progressiveness of tax systems and whether taxes are aggregate or individual, mean that even with a common minimum wage, considerable differences persist in workers’ actual take-home pay, how this relates to other wage earners and whether this ensures an acceptable standard of living.

Another difference is wage purchasing power. The Commission notes that those on low wages in countries with lower nominal minimum wages could still have greater purchasing power (measured in purchasing power standards, PPS) than low wage workers in countries with higher nominal minimum wages.
If the aim of a European minimum wage is to guarantee all workers a wage that enables them to enjoy a decent standard of living, it would be insufficient to require that the Member States have a wage floor defined as a percentage of the median wage. Instead a much more complex regulation would have to be constructed, without any guarantee that it would actually do the job.

If the ambitions of the consultation document are to be taken seriously, they would entail reviewing differences in taxes and contributions, as well as who is liable to pay them, across the EU. Without doing this, it is neither possible to ensure those on the lowest wages achieve a reasonable standard of living, nor prevent Member States from circumventing rules, for example by compensating an increase in the minimum wage by shifting responsibility to pay social security contributions from employers to employees: this would result in higher wages, but less or the same take-home pay. Like wages, income tax and social security contributions are deeply embedded in national systems and areas where the EU lacks the power to legislate.

When it comes to wage coverage, the Commission identifies as a cause for concern that national minimum wage legislation commonly provides exemptions. These can be quite broad and apply to for example the public service, young workers in education and training, and participants in active labour market policy measures. They also mention the issue of non-standard workers. Better coverage is also something that is listed as an “EU added value” of a minimum wage instrument. Also in this case, a binding instrument would have to be very detailed to achieve its aim, listing exemptions that are allowed and attempting to prevent circumvention of the rules. In a worst case scenario, this would include a harmonised statutory definition of the concept of employee.

A cause for grave concern for countries without neither a statutory minimum wages nor mechanisms for making collective agreements universally binding is that the Commission in the section on wage coverage also discuss collective bargaining coverage. This adds to the suspicion that the intention is not to grant full exemptions to countries which such systems.

An EU legal instrument concerning minimum wages would not only contravene the Treaty but would also – to achieve the aims set out by the Commission in the consultation document – need to be both detailed and complex with no guarantee that it would work in practice.

The introduction of a European minimum wage would not only be problematic for countries that do not have statutory minimum wages today. As there are significant differences between the existing systems for statutory minimum wages, many would have to make adjustments not just in the rates but in the ways that these are set and in the coverage as well, raising the prospect of functioning national systems being negatively impacted. In some countries, a European minimum wage could put a downward pressure on the national minimum wage, as any difference could be labelled as “gold plating” reducing the country’s economic competitiveness.

Hopefully, the Commission, Member States, and organisations that have called for a European minimum wage, will now listen to reason and abandon this issue. If you want to strengthen the position of workers, create good working conditions, and adequate wage levels, it is better to seek to increase the capacity of national actors, especially the social partners. 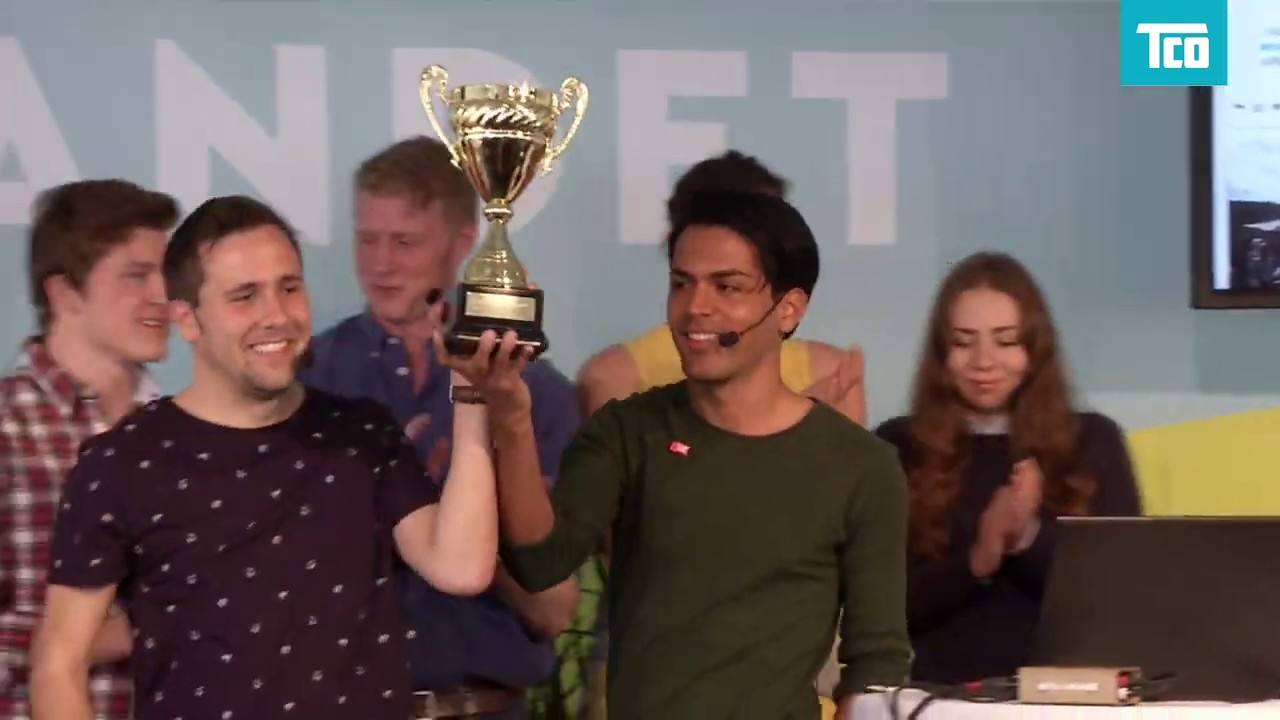 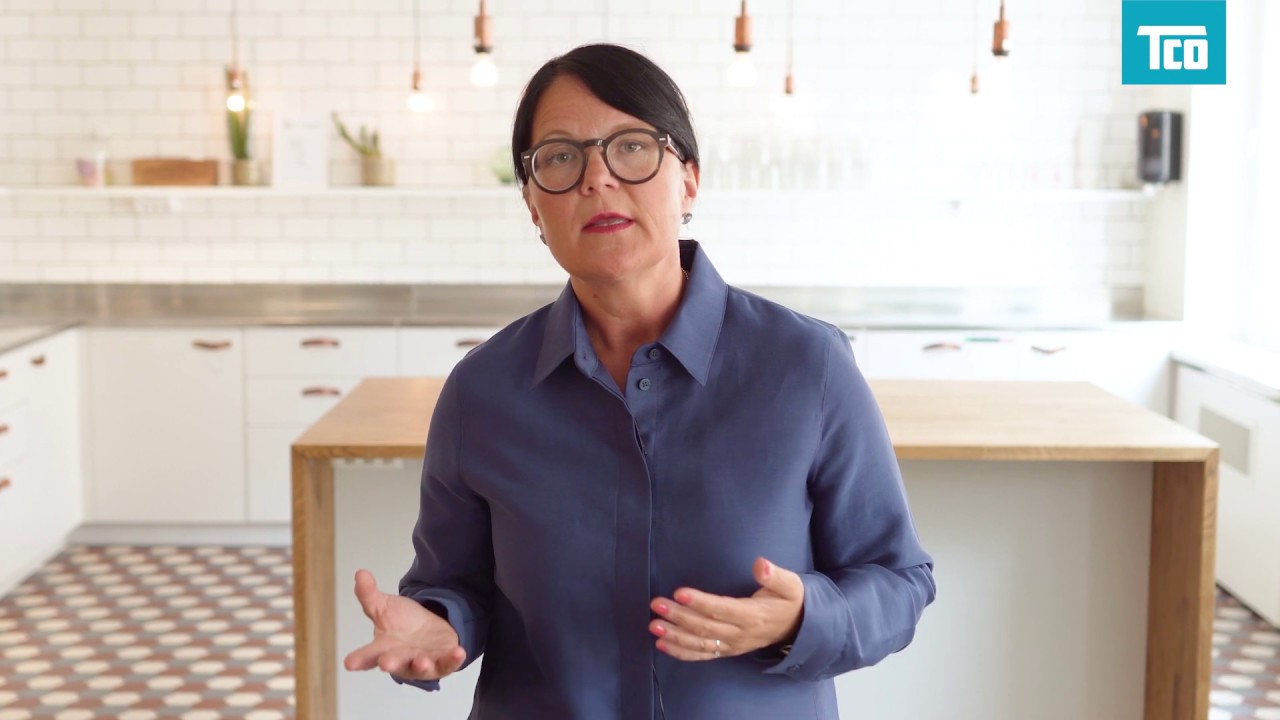 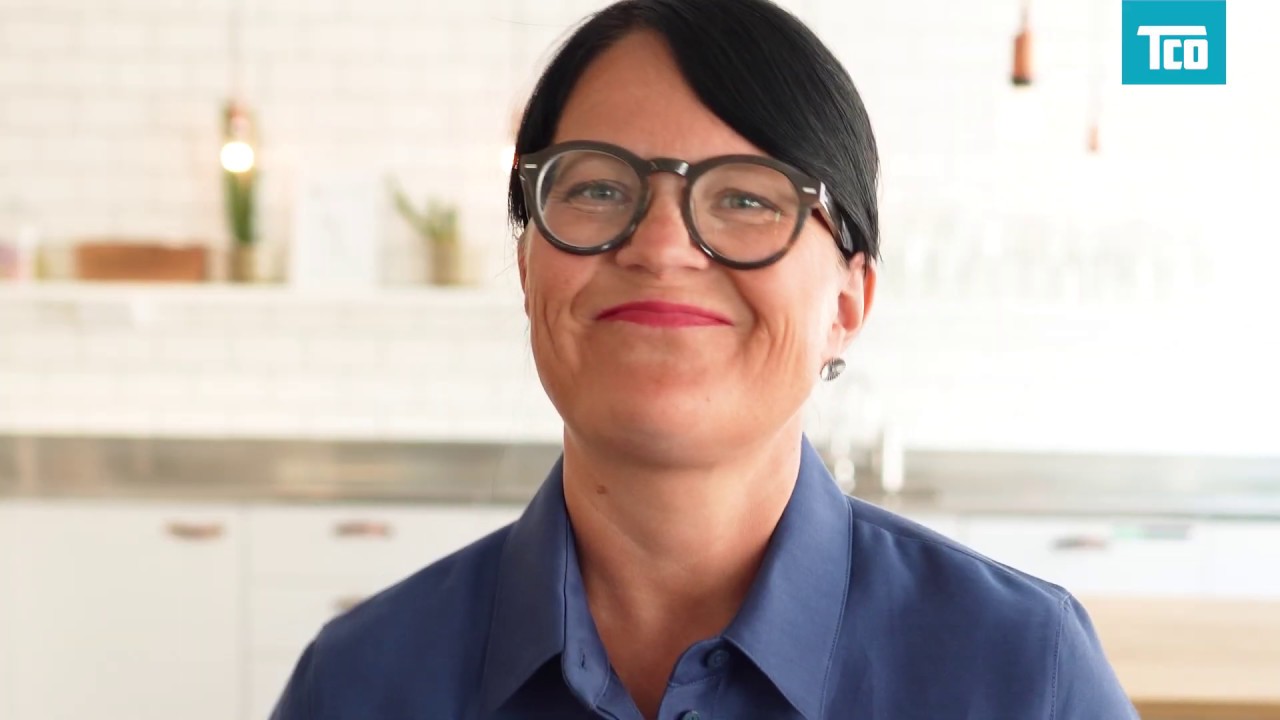 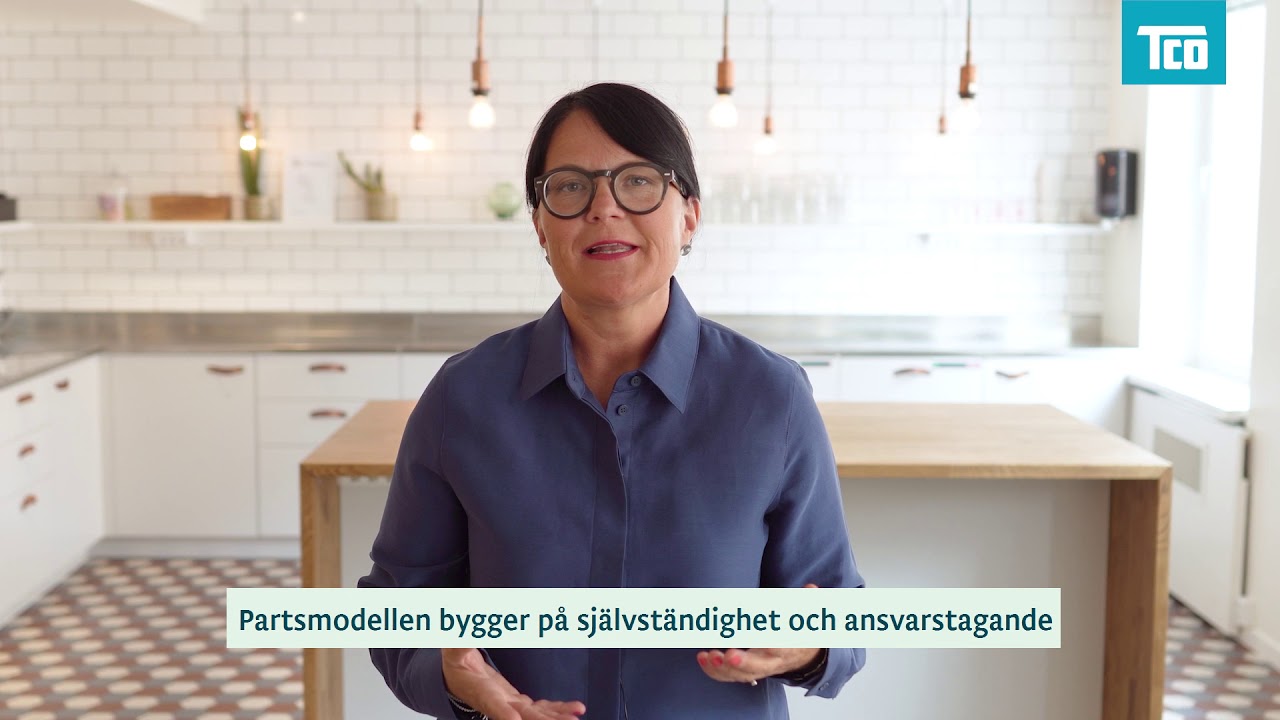 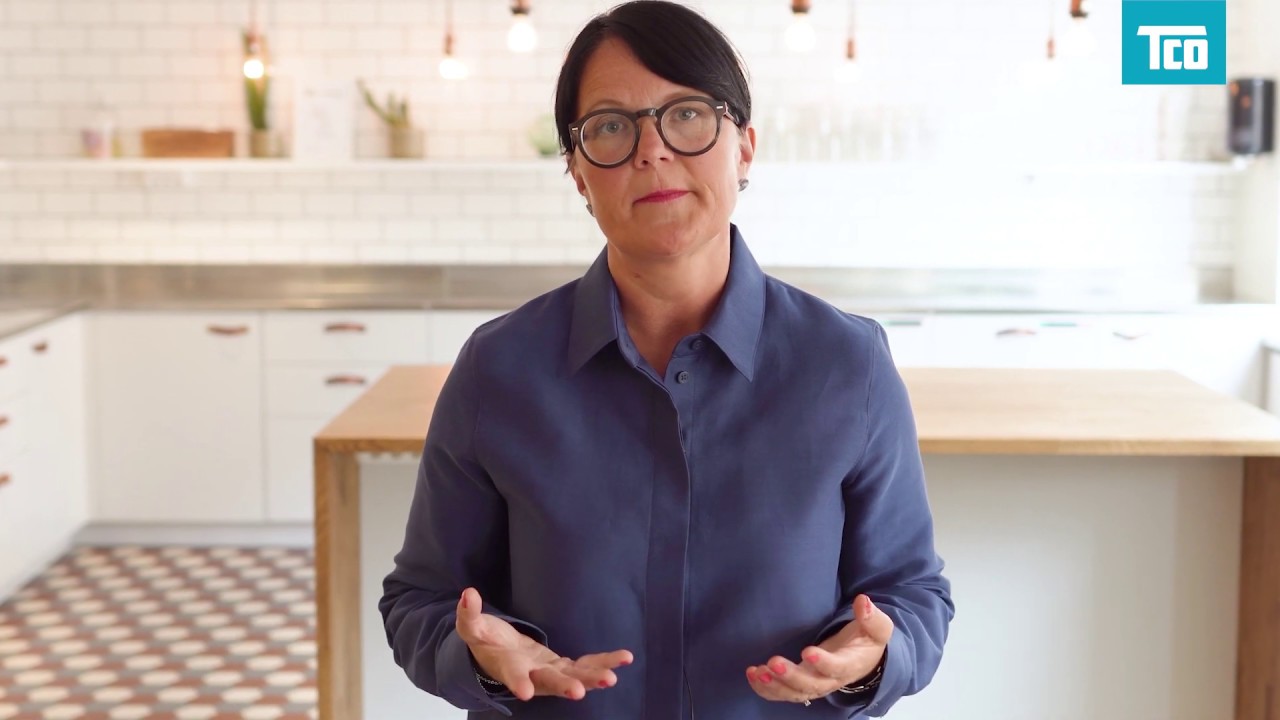 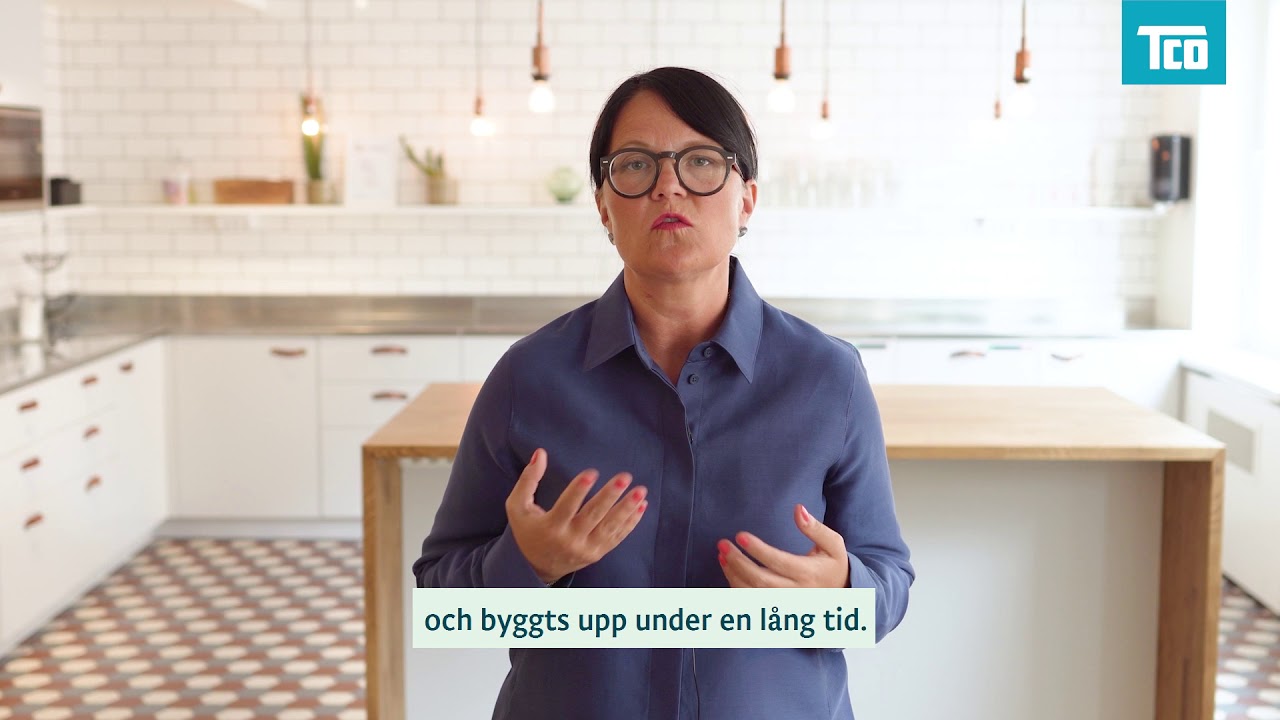